26,585,952 CUPS DIVERTED FROM LANDFILL
Home Our stories Our journey Angus McKay, 7-Eleven CEO - opening statement to the parliamentary inquiry
Back to Our journey

Angus McKay, 7-Eleven CEO - opening statement to the parliamentary inquiry into the operation and effectiveness of the Franchising Code


Thank you Chair and committee members for the opportunity to appear before you today. I will address the claims aired in the media this morning as part of my opening statement.

We welcome this inquiry, and are pleased to contribute to its important work.

It’s been three years since widespread wage underpayment was first revealed within our franchised network. Since then we have learnt how prevalent this appalling practice is across the economy and have focused on addressing these issues inside and outside our network.

We have taken enormous steps to remedy the past underpayments and reform our business. 7-Eleven immediately set about reaching out to 15,000 past and present franchisee employees and encouraging them – on multiple occasions – to submit claims. Without any legal obligation, we have voluntarily paid more than $160 million in underpaid wages to franchisee employees.

We have also implemented a comprehensive range of measures across our business – well beyond any regulatory requirements – to raise the bar on compliance. These are detailed in our submission, and include centralised payroll, biometric time and attendance systems, a sophisticated data platform and a significant increase in field-level investigation and compliance.

We have sought to address our challenges from the front and not retire from the debate that was sparked. We’ve also learnt a number of lessons and developed ideas for regulatory reform that we believe will help raise the standard across the sector.

These are detailed in our submission, but let me touch on each briefly.

7-Eleven recommends a modification to the termination provisions in the Franchising Code of Conduct and the Oil Code to provide franchisors with a right to immediately terminate a franchise agreement in the case of serious non-compliance with Commonwealth Workplace Laws or Fair Work Instruments, as defined in the Fair Work Act, such as knowingly and systematically underpaying workers.

This not only harms the vulnerable workers being exploited, but also harms the many other franchisees doing the right thing as it potentially damages the franchisor’s brand and may erode the value of the franchisees’ investment.

Our submission highlights our recent experience terminating the agreement of a franchisee involved in the insidious cash-back practice. This one termination required us to prove fraud – a significantly higher threshold - and took 18 months through the NSW Supreme Court and Court of Appeal. The original hearing subjected two former employees of the franchisee to the trauma and anxiety of having to appear as witnesses, and 7-Eleven incurred costs of approximately $750,000 that may not be recovered.

The extensive requirements and resources involved in securing such a termination are likely beyond most franchisors. Without the legal power to take action, turning a blind eye may be the more likely approach leaving vulnerable workers exposed.

Our submission also recommends greater disclosure requirements, and to ensure franchisee employees have access to information on their workplace rights and mechanisms to confidentially raise concerns.

I should point out that as the committee is aware, 7-Eleven is currently the defendant to class action proceedings in the Federal Court of Australia. 7-Eleven is concerned to ensure that the process of the inquiry does not place at risk the due administration of justice in these proceedings. However, we will make every endeavour to assist the committee with its inquiries.

I will now quickly turn to the broader franchise sector.

We agree with many others that what is needed is not more regulation, but better enforcement of what is already a highly regulated but also highly fractured sector.

We would see merit in the establishment of a body such as a Franchise Industry Ombudsman, as suggested by Professor Andrew Terry, to bring together some key educational, compliance and enforcement functions.

A Franchising Ombudsman could centralise and bolster key roles that are currently piecemeal by:

Lastly, let me address the claims of influencing witnesses again aired in the media this morning.

I emphatically reject the allegation. It is utterly false and without foundation. It is a gross insult to the integrity of my team and the franchisees concerned.

The claim is made by someone who is the lead plaintiff in a class action against 7-Eleven and therefore has their own agenda.  It is this same person who came before the inquiry back in June and alleged that 7-Eleven bought the silence of the Association’s leaders that has now also approached us twice in the last month to buy-back his own stores. As such, we question the motivation and credibility behind his claims.

Not a shred of evidence has been provided to substantiate the claim. Reports of a statutory declaration containing nothing more than hearsay or ‘shop gossip’ on a chat app defy credibility.

The clear facts of the matter, provided promptly to the committee with supporting documentation following the claims first being made in June, are these:

We have also informed the committee that another franchisee, who was listed for the Melbourne hearing, similarly approached us to buy back his store which we declined to do on his proposed terms. Our actions are inconsistent with the allegation that has been made.

These are the clear facts of the matter, fully documented to the committee.

In closing, we made mistakes in the past that led to the underpayment issues discovered three years ago, but we have sought to be an exemplar in our approach to remediating the past, reforming our business, and raising the standard across the sector. We welcome the opportunity to contribute to the Committee’s work in this regard.

Read about our journey 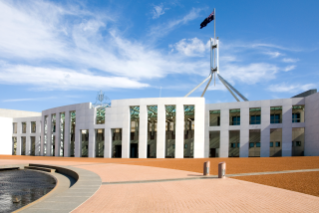